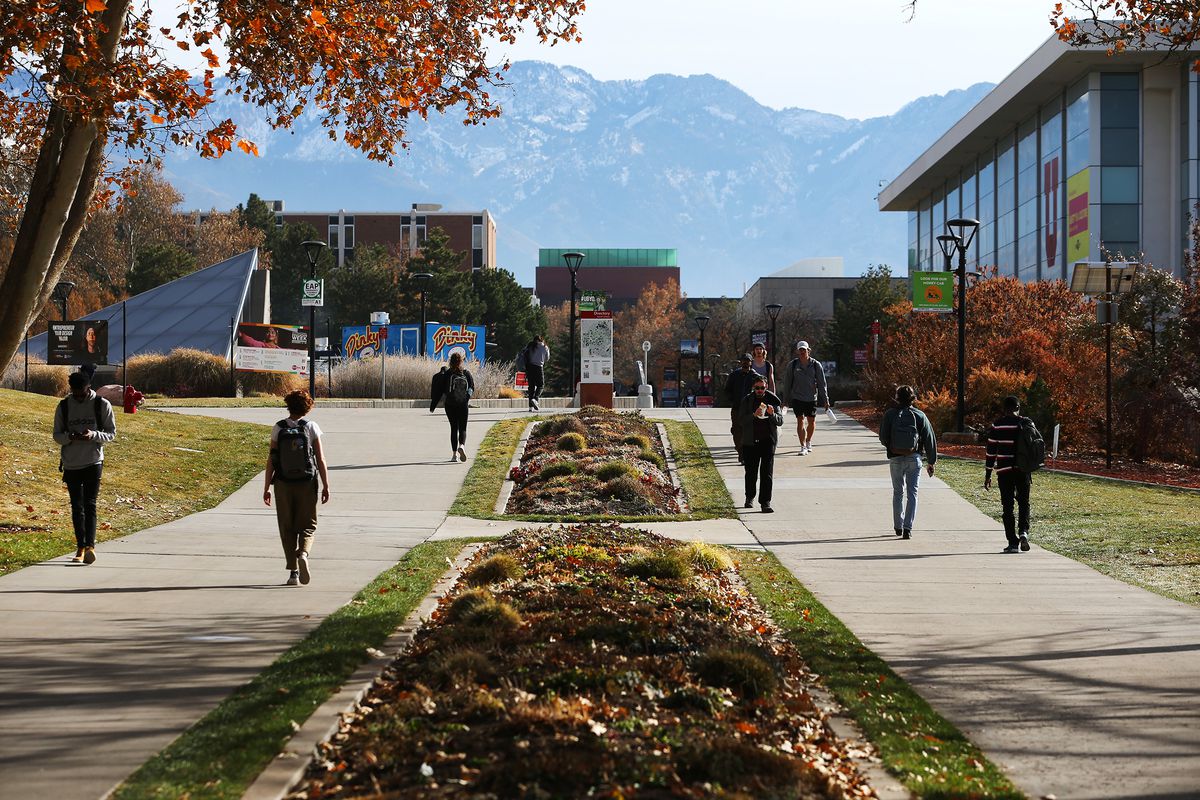 André Le Duc doesn’t consider himself a fortune teller. As the University of Oregon’s chief of safety and risks, Le Duc prides himself on planning, often way into the future.

So when the novel coronavirus started to spread in China in early 2020, Le Duc knew it wasn’t going away anytime soon. He told his university administration to start planning immediately, and mentally preparing, for a months-long, worldwide pandemic.

In a disaster situation, Le Duc said, timing is everything: “Every minute you have, you need to be thinking two to three months out. … The question we kept asking was, ‘What’s next?’”

Now, after nearly a year and the loss of close to 290,000 Americans, what’s next is a vaccine.

The first doses of the COVID-19 vaccine are expected to be administered to Americans as soon as this weekend. States are prioritizing frontline health workers and other vulnerable populations as the first to be immunized, but colleges like the University of Oregon are also front of mind. After all, college students fueled some of the nation's top outbreaks this fall, and they're expected to return to campuses early in 2021.

Will they – can they – be required to get the vaccine once it's readily available? And why are college students different than schoolchildren?

It's complicated, education experts across the country say – and we're a long way from answers.

Vaccine not available to younger students

Because the vaccine was not tested on children, elementary, middle and high school students won’t be required to get one, at least for the foreseeable future. Most states require at least some vaccines for public school students, but states vary widely on allowable exceptions. Teachers and staff members could be a different story.

Schools close for millions: Teachers are getting sick and COVID-19 cases are surging. Some districts are holding out

A coalition of top education stakeholders, the Learning First Alliance, has argued prioritizing school personnel – teachers, administrators, classroom aides, and custodial workers – is key to reopening schools. But Richard Long, the executive director at Learning First, stopped short of saying school staff should be required to get the vaccine.

“It’s not a black and white issue,” he said. “It’s not like teachers surrender all their rights to make their own decisions when they become teachers.”

Regardless of whether they eventually require the vaccine, America's schools have a huge role in the rollout, said Laurie Combe, president of the National Association of School Nurses.

"It's our role as school nurses to educate the public," she said. "When students don't receive the immunizations they should, that creates a problem not just for the school, but spread in the larger community."

College students should be vaccinated – but when?

At colleges, the dilemma is different. Their students can be vaccinated – but it's unclear when will there be enough doses available for them.

“There are so many hurdles in place before we have this vaccine out there,” said Michael Baughman, a Philadelphia lawyer who works with colleges on compliance with state and federal laws. “Even if colleges wanted to mandate it, we’re not going to have the supply to do that until at least the next (2021-22) academic year.

“States might pass laws at some point that do mandate it – but we’re a long way from that even being practical.”

How to keep a college from exploding with COVID-19: One school's solution

Then there's the issue of how colleges would even administer a vaccine.

The American College Health Association has not made a decision about whether colleges should require the COVID-19 vaccine – it's waiting for guidance from the Centers for Disease Control and Prevention . But Gerri Taylor, the ACHA’s COVID-19 co-chair and a nurse practitioner, has concerns about vaccine rollout, regardless of whether it’s mandated.

“Many colleges still don’t have enough supplies or staff to do testing regularly,” she said. “If you can’t even get a test, how are you going to get a vaccine?”

It's important for colleges to have their own vaccination plans. Many low-income students lack regular access to health care or financial support from their family, so they'd need a place to get the shot.

But the logistical issues – from staffing to storage to space to hold vaccine clinics – are significant.

Le Duc at the University of Oregon knows firsthand about those potential barriers. Almost six years ago, in February 2015, a meningitis B outbreak at the Eugene campus left one student dead – and administrators like Le Duc with lessons they can apply today, as coronavirus continues to infect millions of Americans.

Fighting misinformation will be crucial

Meningitis B is rare, but deadly. While there’s a vaccine available, the CDC doesn’t widely recommend it for college students. According to the Meningitis B Action Project, even though people ages 16 to 23 are more likely to get it – and college students are five times more likely to get it – only 41 of the nation’s more than 5,000 colleges and universities require the vaccine for students.

The University of Oregon is not included in those 41, despite the 2015 outbreak that left one student dead. (In Oregon, the measles vaccine is the only shot required statewide for college students, though the flagship university mandates a few others). But the college did immediately open vaccine stations around town in 2015, encouraging students to get the meningitis B vaccine, as the CDC typically recommends after campus outbreaks.

Their biggest lesson in the aftermath of that outbreak was twofold, Le Duc said. First, officials quickly understood “the seriousness of just how fast these things can move. We only had one fatality, but that person went, in just 24 hours, from feeling healthy and well to being deceased.”

Second, they learned how critical it is to get information to students as soon as possible, ideally before mass misinformation can spread. When the meningitis B vaccine was made available to UO students, rumors circulated that it was extremely expensive, and getting it would cripple students’ finances. Le Duc called it a "misstep" he wishes they could take back.

“Even though that wasn’t true, even though we’d negotiated a deal, we fought that (misinformation) the whole time,” Le Duc said. “We kept asking people where they heard it, and they said it was word of mouth. … We’re in an environment now that there’s so much information, what information are you going to trust? Usually it comes down to casual conversations because, generally, we trust the people we love.”

Le Duc and others noted the power of influential campus figures – like the football team’s star quarterback or student government president – when it comes to normalizing vaccines. Don’t underestimate, he said, how students might react if every member of the football team is walking around with a colorful bandage signaling they got a shot; it could very well lead to more students deciding to get the vaccine too.

Still, there are worries. Some of the vaccines will need to be stored in extremely cold freezers, and not all schools will have access to those, especially if they’re not research institutions. Along with barriers such as staffing and whether the vaccine will be widely available, there are also questions about how long immunity will last, and if a new shot will be required each year, like with the flu. (Some colleges require students to have the flu vaccine.)

Because universities often set up flu vaccine clinics around campus and the local community, colleges will have a rough game plan they can follow with COVID-19 vaccines, said Debra Beck, the executive director of the University of Oregon's health services. But they'll absolutely need more resources.

"We would need to be supplemented," she said. "Physically we don't have enough people" to administer the vaccine.

Peer pressure, experts say, is real. That's why colleges that have normalized COVID-19 safety precautions like mask-wearing and social distancing haven’t just helped their campus, but their community at large, said Taylor at the ACHA.

At Lawrence University, a small liberal arts college in Appleton, Wisconsin, the school’s homepage features a collage of students and staff all wearing masks. They’re promising to “honor the pledge,” which means agreeing to wearing masks indoors, maintaining safe physical distances from other individuals and getting a flu shot, among other measures.

Chau Q. Le, 22, is a senior international student from Vietnam studying biochemistry at Lawrence. She’s set to graduate in the spring and hopes to be enrolled in graduate school next fall. She also hopes wherever she goes, the university requires the COVID-19 vaccine.

"If you think about it, college campuses are one of the easiest places for the virus to spread, because of how densely packed they are," Le said.

But she understands there's a lot about the vaccine the general public doesn't know or understand, which makes some people leery to trust it. UCLA student Naomi Riley agrees and says it’s on universities to break that barrier.

“As a research university, as the No. 1 public university in the country, we have a duty to educate folks on campus and in our communities in a way that reaches them and compel them to get this vaccine,” said Riley, a fourth-year political science student and president of the Undergraduate Students Association Council.

As a Black woman who grew up 30 miles north in the San Fernando Valley, Riley understands why communities of color have expressed particular skepticism about the vaccine and vocalized their hesitation in getting it.

“Communities of color have long been betrayed, and medical racism is real,” Riley said. “We have to validate those feelings and acknowledge that very real history.”

Riley plans to get the vaccine when it’s available. And even though she’ll likely have graduated by then, she believes colleges have a responsibility to their larger community and should require the vaccine.

“I definitely think the mandate should come from the state first,” she said. “But I think the next best thing is a university, because colleges have a duty to make sure their students are safe on campus.”

College students feel defeated right now, she said. “We were robbed of our senior years, and it’s just so disappointing that our government is so reactionary rather than being proactive.”

A vaccine mandate, as she sees it, would be proactive in the best way possible.